Williams' thematic point here is the same as that underlying his critique of the philosophers' separation of soul and body, rational will and irrational emotion: that we human beings are the lives we lead and have led, and not simply the isolated deeds we have done in impossible circumstances of absolute freedom. Recognizing this, we may be inclined to take our lives as a whole more seriously, and not limit our attention to "moral" as opposed to "nonmoral" qualities and situations.

The vital importance of calling into question our habitual distinction between moral and nonmoral becomes explicit in the next chapter: "There is perhaps no single question on which an understanding of the Greeks can join more helpfully with reflection on our own experience. We paralyse both that understanding and that reflection if we simply take it for granted that the distinction [between moral and nonmoral qualities] is at once deep, important, and self-explanatory" This next chapter, "Shame and Autonomy," makes perhaps Williams' most striking and most Nietzschean ethical point: that a sense of shame may be a better spur to human excellence than a sense of guilt.

Using a reading of Sophocles' Ajax on suicide and Homer's Ajax on manliness: "Dear friends, be men; let shame be in your hearts" to challenge Kant, Williams contends that acting out of shame need not mean acting out of a childish concern with how one appears to others. There is a distinction to be made between a childish desire for the approval of powerful others and a mature desire to be respected by those whom one respects and whose ethical sensibilities one has internalized as a part of developing a character and so becoming a human being. It is of course necessary to distinguish this idea of shame as self-respect from the idea of shame as mere social conformity, and Williams argues that "by the later fifth century the Greeks had their own distinctions between a shame that merely followed public opinion and a shame that expressed inner personal conviction" His text here is Euripides' Hippolytus , and his argument that the play distinguishes between good and bad aidos is continued in a five page end note to lines His use of Greek literary texts to urge the primacy of shame over guilt is in aid of the philosophic project Williams shares with Nietzsche, that of restoring the dignity and importance of the world of appearances against what both men see as the depreciation of that world by idealizing and absolutizing philosophers ancient as well as modern, by Plato as well as Kant.

Unlike Nietzsche or Heidegger , however, Williams worries that renewed emphasis on shame over guilt may make us less attentive to the victims of our misdeeds, but thinks this can be controlled by incorporating a sense of guilt within a sense of shame 93 , and by incorporating a wide variety of onlooking others into our internalized aidos -monitor. Williams further develops his thoughts about moral psychology in a systematic endnote on mechanisms of shame and guilt His central point is that to reject shame in favor of guilt is to accept with Plato and Kant idealistic moral universalism and to reject the idea, still alive though dishonored among us but vividly active in Greek literature, that morality is always contextual, always linked to a particular sort of character and to a particular vision of the good society.

What Williams wants to reclaim from the literary texts for the sake of present-day practice are not the specific values of heroic or classical Greek society, but what he takes to be the non-philosophic Greek way of understanding the relationship between social values, whatever their content, and individual character. The two concluding chapters, "Necessary Identities" and "Possibility, Freedom, and Power," take up the way Williams' Greeks understood the relationship between cosmic necessity and individual agency, again for the sake of proposing that this Greek way is both plausible and better for us than the modern alternative supplied by Kant and company.

His central point here is that Homer, the tragedians, and Thucydides all give us textual worlds in which human action is affected and structured, but not determined, by both natural and supernatural necessity, and to which the appropriate human response is neither supine fatalism nor hubristic self-assertion but an acknowledgement of the ubiquitous possibility of contingency and accident in the universe "There is a special indeterminacy about the operations of the supernatural and the ways in which it can generate necessities and suppress possibilities" [] and the consequent need for tentativeness in our own judgments.

The necessity that we see acknowledged in these writings of, for example, unjustly imposed slavery or wretched deeds forced by a god is not to be read, Williams argues, as implying that there is an underlying determinism built into the universe, but only a sense of the limits of human powers. Within those limits, we are indeed free to reflect, to choose, and to act, as moral agents must be.

Greek polytheism interestingly appears in this account to be more of a friend to modern liberty than later monotheism. To make his case against ascribing fatalism to the Greeks, Williams leans heavily as does Heidegger on Heraclitus' ethos anthropoi daimon When textual necessities seem to imply determinism and fatalism, as especially in the tragedies of Sophocles, Williams puts that down to Sophocles' mode of claiming "authorial power" ; when Euripides rejects Sophoclean tragic necessity in favor of bringing on stage the workings of pure chance in human life, Williams asks us to see Euripides' quarrel with Sophocles as over how to write a good tragedy, not over the relationship between cosmic order and individual agency In the end, what Williams proposes is a sorting out of the European canon along Nietzschean lines.

By following the interpretive path laid out in Shame and Necessity , Williams' post-Christian modern readers, who acknowledge uncertainty and the disenchanted world and who love freedom and moral agency, will find better guides to self-understanding in nonphilosophic Greek texts than in any philosophy: "Plato, Aristotle, Kant, Hegel are all on the same side, all believing in one way or another that the universe or history or the structure of human reason can, when properly understood, yield a pattern that makes sense of human life and aspiration.

Sophocles and Thucydides, by contrast, are alike in leaving us with no such sense" However one may feel about the accuracy or usefulness of Williams' division between textual sources of moral enlightenment Greek writers minus Plato and Aristotle and of moral delusion philosophers in general minus Nietzsche and Williams , one must applaud the sharpness and energy of his readings of Homer and the tragedians. By bringing modern moral and philosophic questions to those texts, he succeeds in making them vital and present to us in ways reminiscent not only of Nietzsche but of Nietzsche's great enemy among classical philologists, Wilamowitz, whose remark Williams cites early on 19 : "To make the ancients speak, we must feed them with our own blood.

Such a project of revivification is likely to produce casualties, especially in a book as short as this one, and Shame and Necessity creates its share. Two seem to me worth mentioning. Too often, Williams makes his texts speak by the Hegelian device of assigning them to a unitary voice called "the Greeks," as though he were reading not individual texts that quarrel as well as agree with one another but the products of a unified and coherent Greek Zeitgeist.

I do not think he always succeeds in making clear to us, as I believe he would want to do, that his use of the term "the Greeks" is to be taken as a provisionally useful abstraction and not as an ethnographer's claim about the essential beliefs of a collective moral agent or "culture".

A second and more serious problem is the extent to which Williams' readings of Plato and Aristotle seem designed to force them into his bad-guy category of philosophers who are dead to the contingency and complexity of the world and who try to paper that complexity over with dogmatic and impersonal systems of their own.

Finally, one pervasive feature of the book is the way the carefully modulated sentences of Williams the analytic philosopher seem to resist the heroic and romantic project he takes over from Nietzsche. Consider this early statement of the argument of the book: "In some ways, I shall claim, the basic ethical ideas possessed by the Greeks were different from ours, and also in better condition. In some other respects, it is rather that we rely on much the same conceptions as the Greeks, but we do not acknowledge the extent to which we do so" 4.

Is Williams a Nietzschean prophet out to save the modern world from itself, or a workaday analytic philosopher out to show that he can have a good go at producing a more than acceptable set of Sather lectures even though not trained as a professional classicist? Rather both, he might say. On balance, I think the Nietzschean and analytic elements are helpful antagonists here -- the Nietzschean Williams resists the smugness and trivializing fastidiousness of most philosophical analysis, while the Analytic Williams keeps any inclinations to wretched excess of the Nietzschean or Heideggerian sort well under control.

Bhawani Buswala. Studying the origins of human material culture in young chilldren. Eva Reindl. The grey area: fascism between the general and the particular. Paolo Heywood. Situated Knowledges of Miscegenation and Syncretism in Brazil. Marcio Goldman. Rights and justice: reproductive politics and legal activism in India. Maya Unnithan. A petition to kill: efficacious appeals against big cats in India. Nayanika Mathur. The seven moral rules found all around the world. Oliver Scott Curry. The Marett Memorial Lecture Individualism in the Wild: Oneness in Jivaroan Culture.

Anne-Christine Taylor. The promise of the foreign image: post-post-internet art from the Philippines and other notes from the field. Rafael Schacter. The concept of culture in cultural evolution. Tim Lewens. Sustaining one another: enset, animals, and people in the southern highlands of Ethiopia. Elizabeth Ewart , Wolde Tadesse. Existential mobility, migrant imaginaries and multiple selves. Michael Jackson.

Who Dares Say He Believes in God?

The charm of 'things': ethnography and performance. Marta Rosa Jardim. The certainty of futures lost. Lucy Lowe. The fragility of conviction. Mathijs Pelkmans. Profane relations: the irony of offensive jokes in India.

Andrew Sanchez Kent discusses why a multi-ethnic workforce in eastern India exchanges jokes about each other's religion and cultures as a form of irony 19 February Andrew Sanchez. The developmental origins of health and disease: adaptation reconsidered. Ian Rickard Durham places the origins of the science of health and disease within a framework of evolutionary theory and a medical anthropology perspective 18 January Ian Rickard. Obstructed labour: the classic obstetric dilemma and beyond. 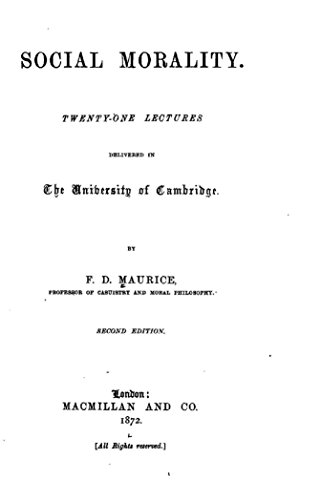 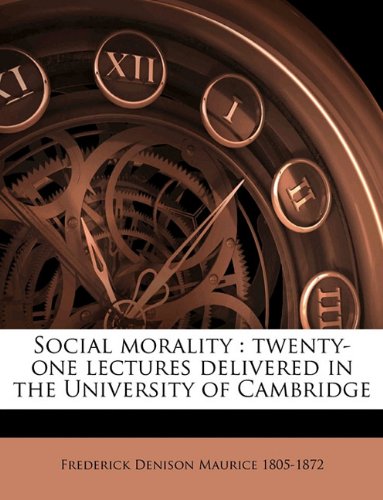